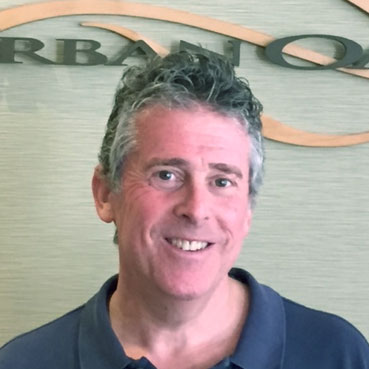 Peter started Urban Oasis in late 1992 after spending eleven years working for large Real Estate and Accounting firms in downtown Chicago. It seemed like the next logical career move.

Of his three “careers”, Peter definitely found his niche with Urban Oasis. “It’s so gratifying to work in a business that provides stress and pain relief to so many people!”

A native of Winnetka, Peter attended New Trier West High School, Tulane University and received an MBA at Northwestern’s Kellogg Graduate School of Management. A devotee of massage for years, Peter was introduced to it by his Grandparents (who received weekly massages for over 50 years) when he was 17.

Peter serves on the Advisory Board for the Cortiva (Chicago) School of Massage Therapy. He has been interviewed for features in several national industry publications.
Peter has been married to his wife Edye since 1991 and has a daughter Talia and a son Nicholas.